A reformed Golden Globes returned to TV on Tuesday, nearly two years after the award season’s unofficial curtain-raiser was rocked by a racial and ethical scandal that saw Hollywood shun it. The Screen Actors Guild and Directors Guild of America revealed the nominees for their respective awards the next day, the Producers Guild of America followed suit Thursday, and the Critics’ Choice Awards unfolded Sunday, giving film buffs enough information to start handicapping this year’s Oscars competition.

With less than two weeks until the Academy Award nominations are announced on Jan. 24, here’s a look at the state of the race and our predictions for the nominees.

‘Fabelmans’ and ‘Banshees’ are the front-runners

Let’s start with best picture. Steven Spielberg’s cinematic memoir “The Fabelmans” and Martin McDonagh’s pitch-black comedy “The Banshees of Inisherin” look like the front-runners after winning the Globes’ best picture prizes for drama and musical or comedy, respectively. One potential spoiler is the only other movie to receive nominations from the Producers Guild, the Directors Guild and SAG’s ensemble cast category: Daniel Kwan and Daniel Scheinert’s genre-splicing indie smash “Everything Everywhere All at Once,” which claimed best picture at the Critics’ Choice Awards.

The best picture nominees tend to largely mirror the 10 films nominated by the Producers Guild, and that’s the case in the predictions below, with three exceptions: “Women Talking” and “Babylon,” two recent releases that landed ensemble cast nominations from SAG, and “All Quiet on the Western Front,” the German antiwar epic that should benefit from the Academy’s increasingly international membership. In our view, those movies edge out Producers Guild nominees “The Whale,” “Glass Onion: A Knives Out Mystery” and “Black Panther: Wakanda Forever,” all of which failed to land a SAG ensemble nomination, a Directors Guild nod or a spot on the best picture longlist for the British Academy Film Awards (the BAFTAs).

Predictions for best picture nominees: “All Quiet on the Western Front,” “Avatar: The Way of Water,” “Babylon,” “The Banshees of Inisherin,” “Elvis,” “Everything Everywhere All at Once,” “The Fabelmans,” “Tár,” “Top Gun: Maverick,” “Women Talking.”

Steven Spielberg is a sentimental favorite

Considering Spielberg’s outsize influence on filmmaking and pop culture, it’s somewhat surprising that he has won only two best director Oscars — for 1993’s “Schindler’s List” and 1998’s “Saving Private Ryan” — out of eight nominations. In accepting the best director prize for “The Fabelmans” at the Globes, the 76-year-old dwelled on the deeply personal nature of his latest film, a semi-autobiographical rumination on his tumultuous adolescence. Even if “The Fabelmans” doesn’t win best picture, it’s hard to see the Academy bypassing this opportunity to recognize an iconic auteur in the latter years of his career.

Expect Spielberg to be joined in the Oscars’ best director field by three of his fellow Directors Guild nominees: McDonagh; the duo of Kwan and Scheinert; and Todd Field, the filmmaker behind the psychological drama “Tár.” The fifth slot could go to a blockbuster director, such as Directors Guild nominee Joseph Kosinski (“Top Gun: Maverick”) or Golden Globe nominee James Cameron (“Avatar: The Way of Water”). That said, the Oscars have nominated the director of an international feature five times in the past four years. That bodes well for “All Quiet on the Western Front’s” Edward Berger, whose harrowing film led the BAFTA longlists with 15 nods.

Predictions for best director nods: Edward Berger (“All Quiet on the Western Front”), Todd Field (“Tár”), Daniel Kwan and Daniel Scheinert (“Everything Everywhere All at Once”), Martin McDonagh (“The Banshees of Inisherin”), Steven Spielberg (“The Fabelmans”).

Cate Blanchett is on her way to a third Oscar

Conventional wisdom among awards pundits pitted Cate Blanchett (“Tár”) against Michelle Williams (“The Fabelmans”) in a best actress Oscars showdown. But after Blanchett won at the Globes and Critics’ Choice ceremony and Williams was snubbed by the SAG nominations, it would appear Blanchett’s virtuoso performance as tortured conductor Lydia Tár will earn the 53-year-old her third Academy Award (after 2004’s “The Aviator” and 2013’s “Blue Jasmine”).

“Everything Everywhere” star Michelle Yeoh, who gave a rousing speech after winning the Globe for best actress in a musical or comedy, now seems to be running second to Blanchett. Those two should be joined in the Oscars field by “The Woman King’s” Viola Davis and “Till’s” Danielle Deadwyler, both of whom earned nominations from SAG and the Critics’ Choice Awards. Although “Blonde” star Ana de Armas earned the fifth slot from SAG, that film may be too widely derided for her to again edge out Williams when the Oscar nods are revealed.

After Austin Butler (“Elvis”) won the Globe for best actor in a drama and Colin Farrell (“The Banshees of Inisherin”) claimed the same award for musical or comedy, those two appear to be neck and neck for the Oscar. But don’t count out “The Whale’s” Brendan Fraser, whose comeback vehicle proved polarizing, yet still landed a nomination for best picture from the Producers Guild and earned him the Critics’ Choice prize for best actor.

After that trio, the SAG nominees were rounded out by “Living’s” Bill Nighy and “Hustle’s” Adam Sandler. Expect the former nomination to repeat at the Academy Awards, with the 73-year-old Nighy on track for his first Oscar nod. But a Sandler nomination for the crowd-pleasing “Hustle” feels like a stretch, because SAG has a history of recognizing actors from populist films, only for the Oscars to swap them out for more prestigious performances. That’s where Paul Mescal, a Critics’ Choice nominee and BAFTA longlist selection, could make the cut for the acclaimed British drama “Aftersun.”

Supporting actress is arguably the most open acting category, although Angela Bassett, a 64-year-old screen stalwart vying for her first Oscar, looks to be the front-runner after winning the Globe and the Critics’ Choice Award. But considering the Academy has never recognized a performance from a Marvel film, is it ready to nominate Bassett for her role as Wakanda’s grieving queen in the “Black Panther” sequel? Or even give her the award?

Joining Bassett among the SAG nominees were “The Whale’s” Hong Chau, “The Banshees of Inisherin’s” Kerry Condon and “Everything Everywhere All at Once’s” Stephanie Hsu and Jamie Lee Curtis. Hsu is the most vulnerable after missing the BAFTA longlist, potentially opening the door for Critics’ Choice nominees Jessie Buckley (“Women Talking”) and Janelle Monáe (“Glass Onion”) or Golden Globe nominee Dolly De Leon (“Triangle of Sadness”). And don’t count out Williams, who is campaigning as a lead for “The Fabelmans” but could be slotted into the supporting category by Academy voters. (That’s what happened to LaKeith Stanfield for “Judas and the Black Messiah” in 2021.)

The feel-good story of this awards season is supporting actor favorite Ke Huy Quan, whose nimble performance as an exasperated husband (plus his more combative parallel universe personas) in “Everything Everywhere” came after the onetime child star took an approximately 20-year hiatus from acting. If the movie falls short elsewhere, Quan would represent an easy opportunity for Academy voters to still award one of the year’s most beloved films. After triumphing at the Globes and the Critics’ Choice ceremony, Quan is well on his way to Oscar gold.

SAG also nominated Brendan Gleeson and Barry Keoghan from “Banshees,” Paul Dano from “The Fabelmans” and Eddie Redmayne from “The Good Nurse.” If one of those doesn’t repeat at the Oscars, expect it to be Redmayne, who would probably be his film’s lone nomination. Here’s why: Given the opportunity last year to recognize Ben Affleck for “The Tender Bar” or Jared Leto for “House of Gucci” — two movies that combined for one nomination — the Academy instead gave a surprise nod to Jesse Plemons for the widely nominated “The Power of the Dog.” In that vein, “Fabelmans” scene-stealer Judd Hirsch could sneak in as part of a groundswell of support for the best picture front-runner.

This story has been updated. 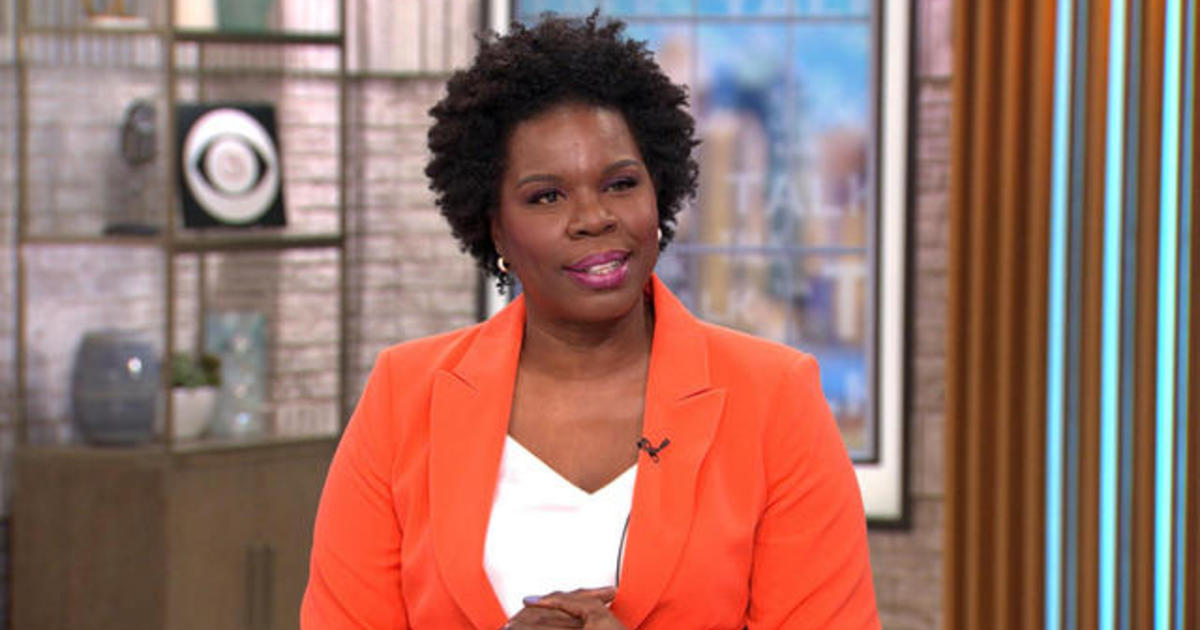 Next post Comedian and actor Leslie Jones on guest-hosting