Jessie Buckley is brave enough to be scared From the moment she read the script for Sarah Polley’s new film, “Women Talking,” Buckley became preoccupied with the character. Fragments of acerbic dialogue rattled around the 33-year-old Irish actress’s mind. She would be washing the dishes at home, the thought floating by like a stray soap bubble: Could she, Jessie Buckley, muster the courage to take on a role like Mariche?

By Polley’s own admission, Mariche was the most daunting part in the drama, which is now in select theaters and premieres nationwide Friday. It plays like a fable, following a single conversation among eight contemporary Mennonite women who must decide whether to abandon their isolated colony after many of its men are arrested for years of drugging and raping the women. The eight sit in a hayloft as they weigh their options. Channeling her pain into scorn, Mariche speaks disdainfully not only to the male schoolteacher enlisted to take notes of the session, but also to other survivors.

“Most actors I met with were not at all interested in even touching the part,” Polley says. “It really scared them how unlikeable she needs to be for so much of the film.”

But that only piqued Buckley’s curiosity. Mariche was made to feel “palatable in some kind of patriarchal world but also unpalatable in her fear,” according to Buckley, who wondered how someone might begin to untangle this sort of contradiction when it’s all they’ve ever known.

Buckley is drawn to messy truths. She embraces “beautiful and chaotic and raw” roles that challenge traditional narratives of womanhood, casting her into unknown territory. She explored unconstrained desire in her breakout on-screen performance as an aspiring country singer recently released from prison in 2018’s “Wild Rose” and in her Oscar-nominated turn as a frustrated young mother in 2021’s “The Lost Daughter.” She combated toxic masculinity in last year’s horror film “Men” and the disquieting “I’m Thinking of Ending Things” in 2020.

Buckley often winds up being surprised by what her characters reveal to her about herself.

“I love the unpalatable women. They’re more honest for me,” she says in early January. “I think we’ve had to bite our tongues for a long time, and I really am interested in what happens if we don’t.”

Buckley began confronting her fears in her hometown of Killarney as “this feral Irish child” with so much “raw emotion” that she was sometimes afraid of it. Her feelings were big, almost explosive. She needed an outlet and found theater.

After years of acting in productions at her all-girls convent school, often taking the male roles, Buckley finished second on 2008’s “I’d Do Anything,” the BBC talent show aimed at casting the part of Nancy in a West End revival of “Oliver!” She turned down the understudy position to star in a revival of the Stephen Sondheim musical “A Little Night Music,” a fellow West End production.

Performing on the West End had long been Buckley’s goal. She never conceived of working in film, which seemed “so foreign and belonged to people in Hollywood who looked a certain way and behaved a certain way.” But Buckley’s willingness to defy convention makes her an asset to filmmakers, multiple of whom say they were constantly surprised by the directions she chose to take certain scenes, especially when there was a chance the risk wouldn’t pay off.

Director Tom Harper recalls shooting a scene for “Wild Rose” in which Buckley’s character sings at Glasgow’s Grand Ole Opry. The plan was for her to perform onstage, but Buckley leaped into the crowd, buoyed by the room’s electric energy. Nobody expected it — certainly not the cameraman, and least of all the sound team, according to Harper, who jokes that they experienced a “nervous breakdown” trying to get the cables out of the way.

“She is able to throw herself right into exciting and dangerous and unusual places,” Harper says of Buckley, now a good friend. “You just don’t know what you’re going to get with her.”

“Wild Rose” earned Buckley a British Academy of Film and Television Arts (BAFTA) nomination and marked a turning point in her career. Actress Maggie Gyllenhaal watched in awe, struck by “an actor who’s able to put so much of themselves and their humanity in their work.” When it came time for Gyllenhaal to cast a major role in her directorial debut, she knew whom to call.

In “The Lost Daughter,” Buckley earned a supporting Oscar nod playing a younger version of Leda Caruso, the protagonist portrayed by Olivia Colman. Buckley’s character appears in flashbacks, the memories in part tied to present-day Leda’s confession that she believes herself to be an “unnatural” mother. The role required a deep level of vulnerability from Buckley, whose version of Leda often acts on impulse or out of fear.

“Acting is an opportunity to look at parts of yourself that are confused or growing or broken or scared or curious about something new, and take those out and work with them in a safe space,” Gyllenhaal says. “I’m braver in my work than I am in my life. I’ll learn something first in my work and then be able to learn it in my life. I definitely see Jessie as the kind of actress who works in that same way.”

Buckley has been thinking a lot lately about the narratives we’ve inherited from previous generations, the origin stories that weren’t ever really ours — such as Adam and Eve, she says, demanding to know: “Who says that’s our story?”

The characters in “Women Talking” confront this idea as they debate whether to leave the colony, stay and fight, or do nothing. Should they allow their pasts to dictate their futures? The film, which Polley adapted from Miriam Toews’s novel of the same name, explores this question in its central conversation, as well as through narration from Mariche’s teenage daughter, Autje (Kate Hallett), who addresses the unborn child of Ona (Rooney Mara), an unmarried Mennonite woman impregnated by her rapist.

The #MeToo movies have finally arrived. Only one captures the truth.

Married to a brutal man, Mariche faces regular physical abuse that chips away at her sense of agency. Buckley was careful not to judge the character as she attempted to peel back the tough protective layers Mariche built around herself. The ire eventually gives way to anguish.

Polley witnessed Buckley inhabit Mariche, noting that “the thing about Jessie is, she doesn’t really act. She sort of makes herself live so completely within that reality.” The director thinks back to a line reading she did with Buckley, for perhaps the second or third take of a scene, when she noticed the bottom-right corner of Buckley’s chin beginning to shake “involuntarily with rage and pain.”

“You can’t act that,” Polley says. “You have to alter your state and be that.”

Just four days after wrapping “Women Talking,” Buckley began rehearsals for a West End revival of “Cabaret,” a performance that would win her an Olivier Award. She immediately jumped into that new head space, setting Mariche’s emotional turmoil aside for some time — but not forever.

Buckley finds it hard to let go of the women she has played. She has compassion for them, even in their worst moments, and keeps them “fondly and protectively in my pocket.”

“They’ve all taught me something,” she says. “Sometimes they poke their heads up when I need them.” Previous post ‘The Goonies’ changed his life. He spent $1.6 million to buy the house. 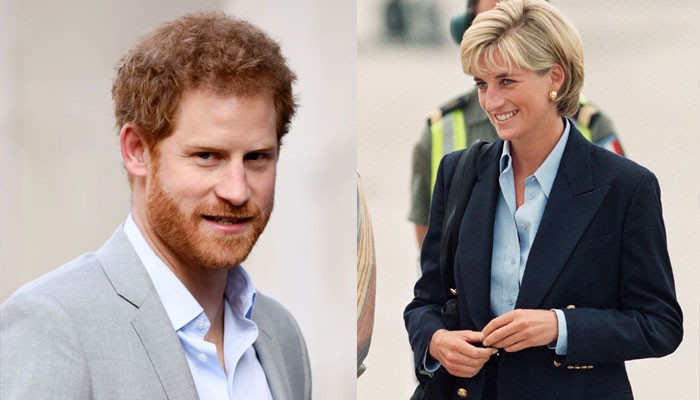