As an irritable bon vivant who mainlined jazz and cocaine to sing lullabies like a cherub in a Tiepolo painting, David Crosby made no sense. He sang supremely delicate harmonies while living a reckless life, his hedonism, skepticism, tenderness and arrogance eventually coalescing into a shoulder shrug of self-awareness. On the first page of his 1988 memoir, Crosby wrote, “I know I have an ego — opinions differ as to its health, size, and value.”

There’s a much sturdier consensus around the era-defining music that Crosby helped create, though — first in the mid-1960s with the Byrds, then into the 1970s and beyond in Crosby, Stills & Nash — in that the songs often sounded larger than life, and somehow larger than him. The California-born songwriter, who died this week at 81, was one of the most rugged individuals to emerge from a generation of rock stars who made their fortunes chasing peace and love toward a state of collective consciousness. And there was Crosby, shooting his drugs and shooting his guns, singing these folk ballads that sounded as if they’d fallen into Laurel Canyon from someplace better than heaven.

Crosby wasn’t the leader of the Byrds, but he gave the band its ethereal charge. His fluency in the melodies of John Coltrane and Ravi Shankar helped shape the spectral vocal harmonies of the band’s overtly iconic “Turn! Turn! Turn! (To Everything There Is a Season),” as well as the nonperishable psych jazz of “Eight Miles High.” When the Byrds’ chiming take on Bob Dylan’s “Mr. Tambourine Man” topped the pop charts in the warm months of 1965, Crosby bought himself a green Porsche and realized “the sixties were going to be interesting times.”

Fast times, too. His mercurial mouth got him dismissed from the Byrds in 1967, but he promptly regrouped with Stephen Stills of Buffalo Springfield and Graham Nash of the Hollies and began penning (“Wooden Ships,” “Guinnevere”) and singing (“Suite: Judy Blue Eyes,” “Helplessly Hoping”) ballads of astonishing intimacy and durability. Sounds have meanings, and the metaphorical power of a silken, three-part Crosby, Stills & Nash harmony still feels as obvious as it does righteous — the sound of human beings coming together to smooth out life’s endless roughness.

When Crosby, Stills and Nash played their second public show at Woodstock in the summer of 1969, they were inadvertently proposing a countervailing idea to the screaming guitars of Pete Townshend and Jimi Hendrix, showcasing the gentle warmth of the human voice and testing its ability to cultivate mass communion. Crosby seemed rightfully proud to have made history that weekend, but he remained leery of any flower-power woo-woo attached to it. “A lot of human beings managed to call up the best in themselves,” he wrote about Woodstock in “Long Time Gone,” his aforementioned midlife memoir. “Was it really an ‘Aquarian Festival of Peace and Love and Music’? Hard to answer because I didn’t give a damn about Aquarian this or Aquarian that. I think astrology is complete bulls—, especially since I found out that the Reagans like it.”

That doesn’t mean his music lacked spiritual or even cosmic depth. With his astounding 1971 solo album, “If I Could Only Remember My Name,” it’s still unclear whether the title is hinting at a state of selflessness, being zooted or both. But it sounds like Crosby had to step into that place of oblivion to do his most beautiful singing. Along with “Laughing,” the album’s Zen centerpiece and masterpiece, the album’s back end includes some paralyzingly beautiful a cappella moments — during “Orleans” and “I’d Swear There Was Somebody Here,” especially — that refuse to turn into perfume. Listen hard, and you can hear a gentle voice connected to an angry heart.

By the time the 1980s rolled around, Crosby’s personal problems had eclipsed his songwriting, making him a poster-boomer for hippie utopia deferred. (In 1985, he spent nine months in a Texas prison, convicted on drug and gun offenses, and was arrested again later that year after a hit-and-run accident while driving drunk.) Whether the direction of our species should be measured by the neurochemistry of a single rock star, Crosby probably wasn’t surprised by how America’s fate had shaken out. Way back in 1970, he told Ben Fong-Torres of Rolling Stone that he felt his generation pushing toward a more humane, more empathetic tomorrow — but he wasn’t sure they’d ever get to fully touch it. “I see, for me, quite plainly a new humanity, I mean a bunch of people who are concerned with being human,” Crosby said. “I also think that I can see that it’s going to get worse before it gets better.”

Is it still getting worse? Crosby issued his eighth solo album in 2021, and its most arresting lyric could not feel more true: “It’s out of my hands.”

A previous version of this article said Crosby died on Thursday. He died on Wednesday. The year of his departure from the Byrds has also been corrected. 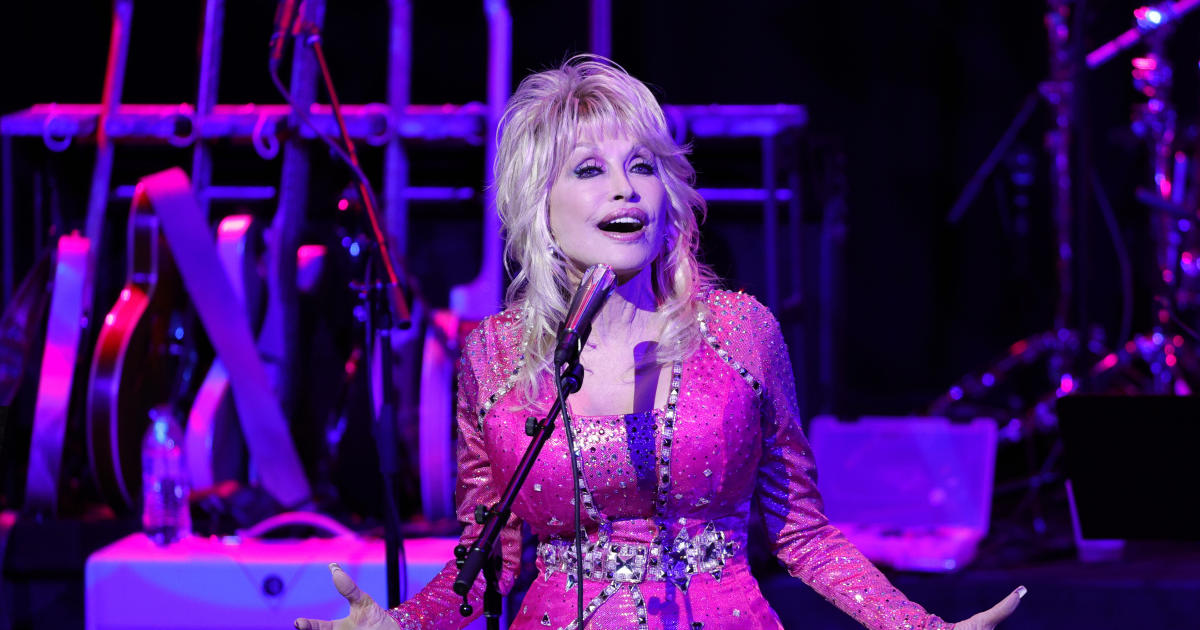 Previous post For her 77th birthday, Dolly Parton gave her fans a gift — a song that came to her in a dream