Review | ‘When You Finish Saving the World’: Angst times two Jesse Eisenberg’s feature debut as writer and director, “When You Finish Saving the World,” is so imbued with the actor turned filmmaker’s idiosyncratic voice that the two central characters — a slightly neurotic do-gooder and her equally overwrought teenage son, played by Julianne Moore and Finn Wolfhard — seem like twin manifestations of the kind of people Eisenberg excels at playing himself. If you close your eyes and just listen to the bickering dialogue between Moore’s Evelyn Katz, the director of a Bloomington, Ind., women’s shelter, and Wolfhard’s Ziggy, an especially immature 17-year-old with 20,000 followers of his earnestly inept live-streamed folk songs, you can easily imagine the filmmaker talking to himself in a room.

It’s a slight and simplistic family dramedy: vividly rendered if vaguely cartoonish in its depiction of a parent and adolescent, once close, who find themselves unable to connect.

That impasse reveals itself in pat ways. Evelyn seeks the relationship she wishes she still had with Ziggy in a third person: Kyle (Billy Bryk), the normie teenage son of a woman fleeing an abusive relationship (Eleonore Hendricks). And Ziggy finds a younger version of his activist mom in Lila (Alisha Boe), a classmate who wears her liberal politics on her sleeve — and in the words of her achingly left-wing performance poetry, which Ziggy sets to music in an effort to impress her. (Lila’s verse about the legacy of colonialism in the Marshall Islands, and the atoll’s looming erasure as a result of rising sea levels, is, I’ll admit, hilariously spot on as a deadpan parody of political correctness. Kudos, at least in that regard, are due to Eisenberg the writer.)

Both attempts at outreach are, however, only fleetingly effective. Ziggy, who isn’t really political at all, is eventually exposed as a posturing wannabe. And Evelyn, who goes so far as to bring Ziggy’s uneaten leftovers to feed Kyle at the shelter, in a misguided attempt at surrogate mothering, comes across as stalkerish, especially to Kyle’s actual mother, who has to tell Evelyn to back the heck off.

The premise is a flimsy one, in a slight story that skims across the surface of Ziggy and Evelyn’s problem without gaining any purchase — or real insight. The movie ends almost before it’s gotten anywhere, with a sudden, convenient rapprochement in which its protagonists abruptly realize the bond they already share with each other, and which has been obvious to the rest of us all along. 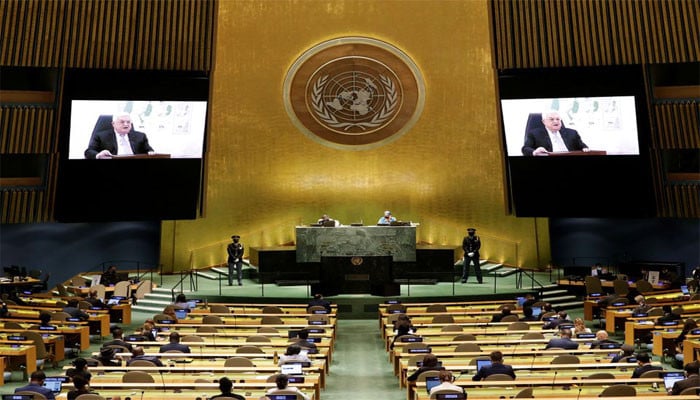 Next post Review | Stephen A. Smith talks about debate TV shows and his new memoir