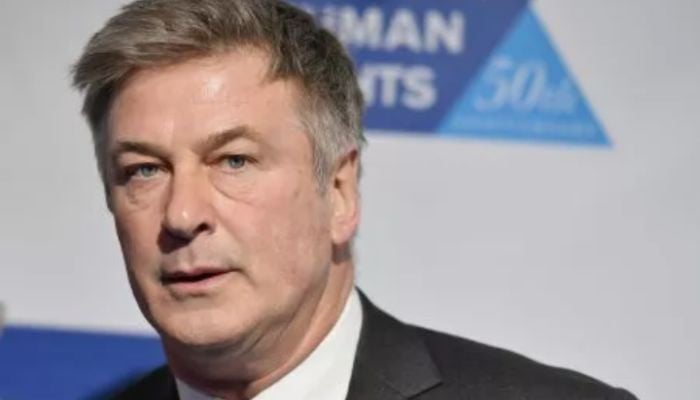 A US prosecutor probing the deadly shooting on the set of Alec Baldwin’s movie “Rust” will announce her decision on whether to charge the actor on Thursday.

Baldwin was holding the Colt. 45 during rehearsals for the film when it discharged, killing cinematographer Halyna Hutchins and wounding director Joel Souza in October 2021.

The former “30 Rock” star has insisted he was told by crew that the gun was not loaded.

He has also previously said he did not pull the trigger, though experts have cast doubt on this claim.

A lengthy investigation has looked at how the live round — and five others — got onto the New Mexico film set, with attention focused on the armorer and ammunition supplier.

Investigators found the armorer, Hannah Gutierrez Reed, had put the fatal round in Baldwin’s gun, instead of using a similar-looking dummy round.

Mary Carmack-Altwies, the district attorney for the part of New Mexico where the movie was being filmed, and the special prosecutor appointed to investigate the case, Andrea Reeb, will announce their decision on Thursday, a statement said.

That will come more than two months after the county sheriff’s office delivered its report into the incident.

Officials said last year that up to four people — including Baldwin — could face charges.

“Regardless of the District Attorney’s decision, the announcement will be a solemn occasion, made in a manner keeping with the office’s commitment to upholding the integrity of the judicial process and respecting the victim’s family,” a spokesman for the DA’s office said.

In August, Baldwin said he did not believe he would be charged, telling CNN he had hired a private investigator to assess possible culpability.

A raft of civil suits have been lodged in the months since Hutchins’ death, with various crew suing and counter-suing.

In October, Baldwin reached an undisclosed settlement with the family of 42-year-old Hutchins.

It was also announced at the time that production on the low-budget movie would restart this year.

Widower Matthew Hutchins, who will become an executive producer, said “all the original principal players” would return to the set.

“Rust” director Souza said he would devote his work on the film “to honoring Halyna’s legacy and making her proud.”

“Though certainly bittersweet, I am pleased that together, we will now complete what Halyna and I started,” he said. Next post What to watch on Thursday: ‘That ’90s Show’ premieres on Netflix